Bed Bug Exterminator
in Toronto and the GTA

get your FRee quotE CALL NOW

Derived from over 2 decades of industry experience. Our S.T.E.P Bed Bug Control system kills bed bugs, controlling infestations no matter how severe. It has been one of the most successful approaches in treating advanced bed bug infestations.

Our Bed Bug Treatments are safe, environmentally friendly and most importantly effective at getting rid of Bed Bug infestations in Toronto.

The S.T.E.P Bed Bug Control system consists of 4 iterative steps, Survey, Treat, Evaluate and Protect that are repeated until there are no signs of a bed bug infestation left. It integrates heat treatment, instant insecticides chemicals, residual pesticides and bed bug prevention methods to ensure the infestations goes away and stays gone.

We will organize a Perliminary Survey. And you can choose between

Enjoy your Bed Bug Free home, without bites. Remember to

Prior to the service remember to do the following

Do's and Don'ts after the service

WHAT CAUSES A BED BUG INFESTATION?

Bed bugs are very likely to develop in unsanitary conditions However, they may also be carried over from one property into another through luggage, clothing, furniture, or used mattresses.

HOW LONG WILL IT TAKE FOR BED BUGS TO DIE AFTER THE TREATMENT?

Depends on the type of method used. Bed bug eggs will usually hatch about two weeks apart, so it’s always best to perform a follow-up treatment just to make sure that you haven’t missed any.

WHEN SHOULD I BOOK A PROFESSIONAL BED BUGS EXTERMINATION?

You can call us as soon as you spot any signs of a bed bugs infestation. 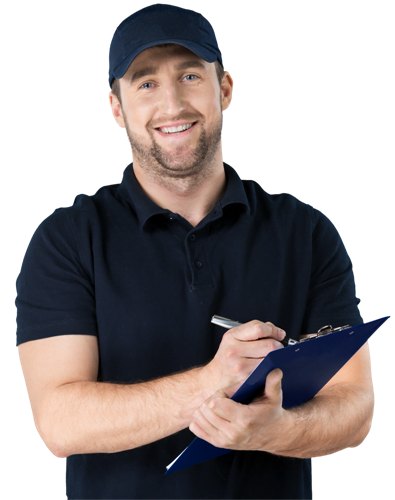 Have a very specific question?

What Are Bed Bugs?

“Don’t let the bedbugs bite.” you may have heard this common saying, it stems from a time when most habitats were infested with this small pest.

There are three species of bedbug that bite humans.

1.Cimex lectularius-  the most widespread and is the species most people will have encountered.

2.C. Hemipterus- which is found mostly in tropical climates

3.Leptocimex boueti- which is a species restricted to Africa to West Africa.

All of these species of bed bugs evolved from creatures that fed on bats and some cave-dwelling birds. Caves are excellent refuges and early humans most likely started using them hundreds of thousands or millions of years ago for shelter. It was at this time that ancient species of the bedbugs started using humans as a source of food to sustain them.

C. lectularius is the most important bedbug species from a pest perspective. This is the species of bed bug that inhabits most homes in the Greater Toronto Area, whenever the term bed bug is used in North America the likelihood is high that we are talking about C. lectularius.

Zoologically, the bedbug is a small, flat, wingless creature. Adult Bed Bugs range in size from 3 mm to 5 millimeters. Like other lecherous bugs their mouths are adapted for piercing and sucking.


Bed Bugs spend most of each day hidden in small cracks and crevices, but with the dawn when their human quarry is in a deep slumber, they emerge to feed on human blood.

What are the Signs of a Bed Bug Infestation?

Bed bugs are flat and 3-5 mm in size, this allows them to easily hide from sight when  they are inactive during the daye. They are prone to hiding in mattresses, bed frames, bedding, furniture, carpets, baseboards and other clutter in bedrooms. The most common place to find them is in the seams of mattresses or inside box springs.

You don't need to locate a bedbug to identify that there's an infestation. Their dropps leave brown to black stains on mattresses and linens, and bloodstains may be visible where bed bugs have been accidentally crushed.

Bed Bugs spend most of each day hidden in small cracks and crevices, but with the dawn when their human quarry is in a deep slumber, they emerge to feed on human blood. 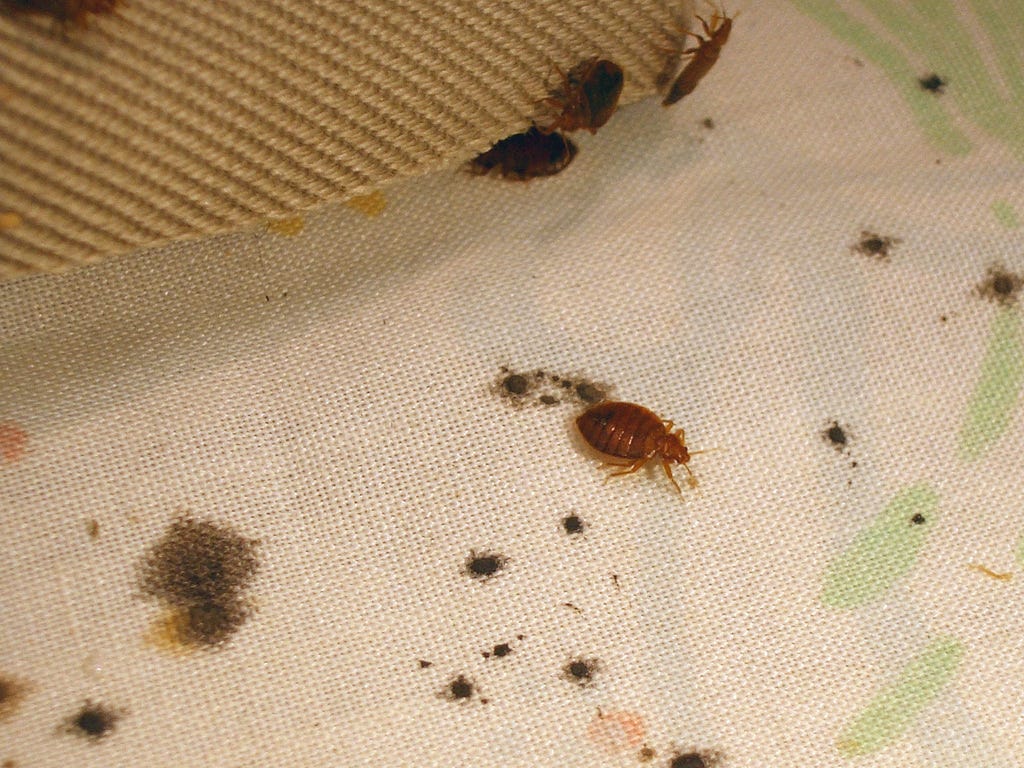 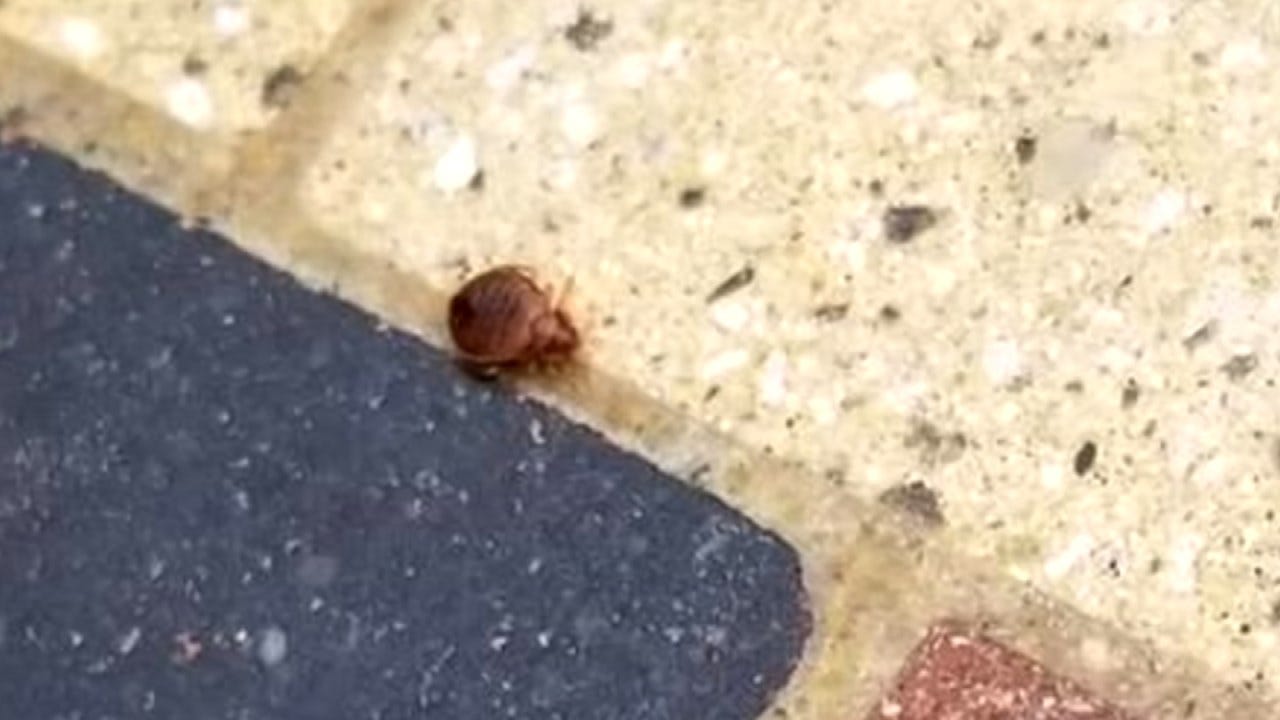 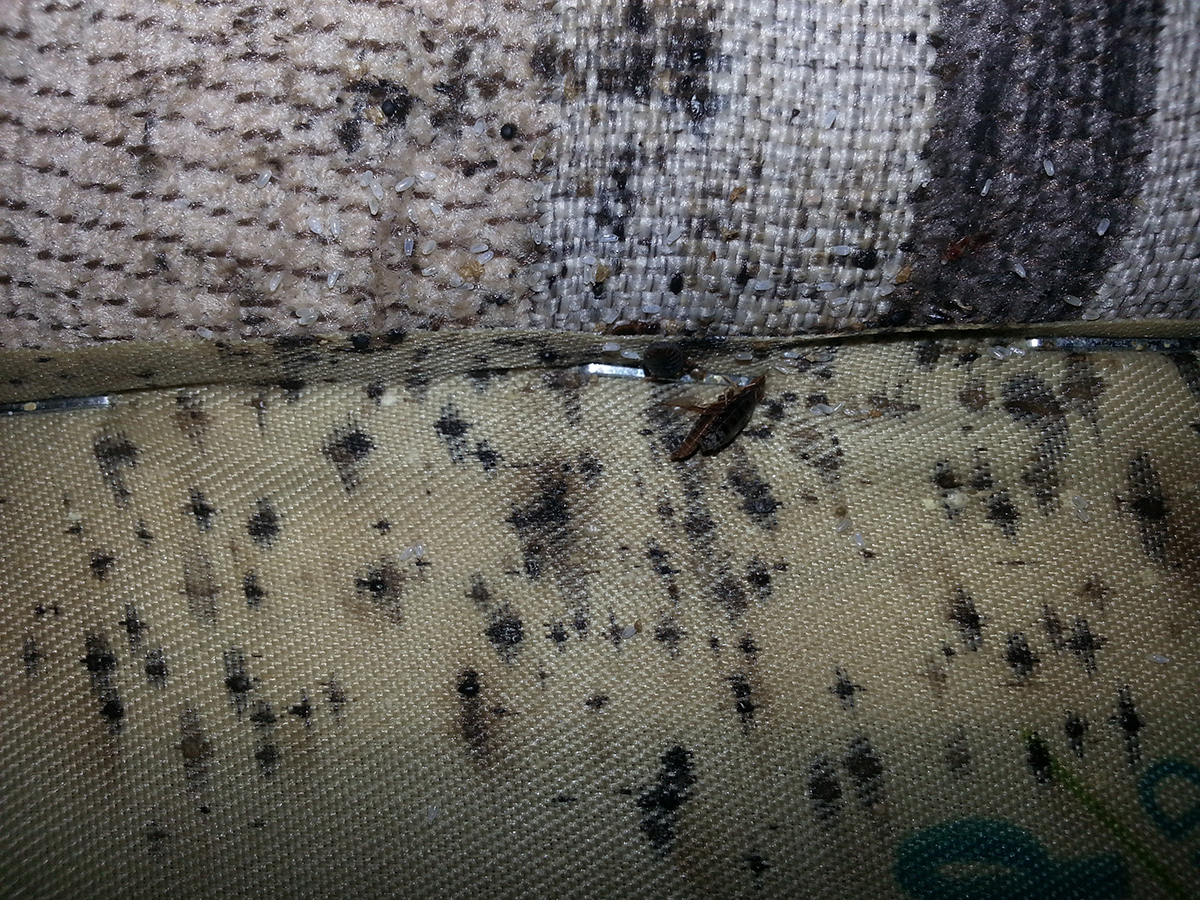 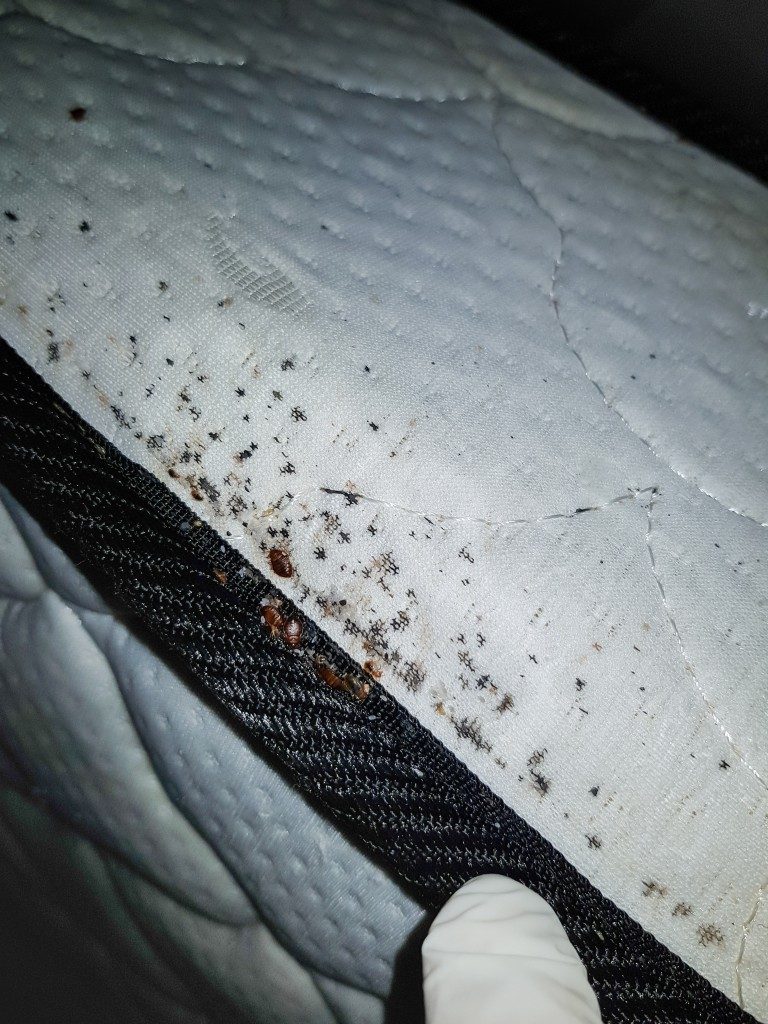 What are the feeding habits of Bed Bugs? 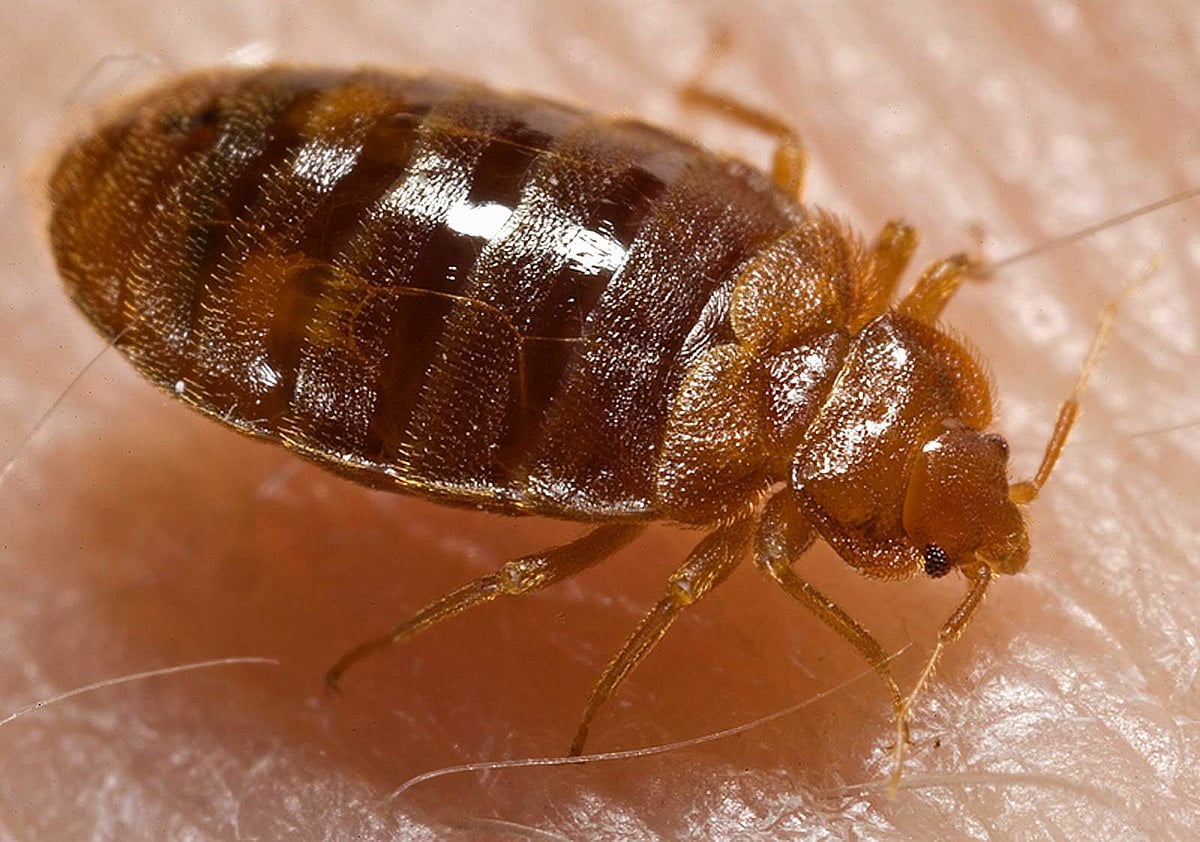 Bed Bugs locate a human using carbon dioxide and heat emitted by our natural body functions. When they have found a suitable place to feed on a person’s body, they plunge their sharp mouthparts into their victim’s skin.

Bed Bugs inject an anesthetic into their victim’s bloodstream so the victim is not aware of what is happening. They also inject an anticoagulant to prevent blood from clotting as it passes through their narrow feeding tube. In a single feeding session, a bedbug can ingest three times its own bodyweight in blood. Once engorged, and swollen from its meal it returns to its hiding places to digest its meal.

Blood, although high in protein, lacks other nutrients, so the bedbug has a pair of specialized organs, called mycetomes that contain symbiotic bacteria responsible for supplementing the bug’s blood diet with the nutrients it needs. A bed bug’s efficient digestion of its blood meals allows bedbugs to go without food for at least 18 months.

What are the signs of Bed Bug bites?

Bed bugs feed primarily on blood which acts as their only source of nutrition. To mature into adults, bedbugs must feed once during each of the prior stages of their lifecycle. Adult females require blood in order to produce eggs. Although bedbugs do bite humans, they do not transmit diseases directly, but their bites can get infected causing people to get sick.

Blood spots found on your sheets, bites and the presence of bed bug excrement and cast skins provide an indications of a bed bug infestation. Bites are commonly found on the parts of the body that are more prone to be exposed to bed bugs during sleep - the hands, neck, face, shoulders, legs and arms.

Bed bug bites are often concentrated in a small area and at times may occur in a line or a zigzag pattern. Bites normally look like small, flat or raised areas that may become inflamed, itchy, red or blistered. Reactions to bites don’t always appear immediately after you’re bitten and may take a few days to begin causing symptoms. 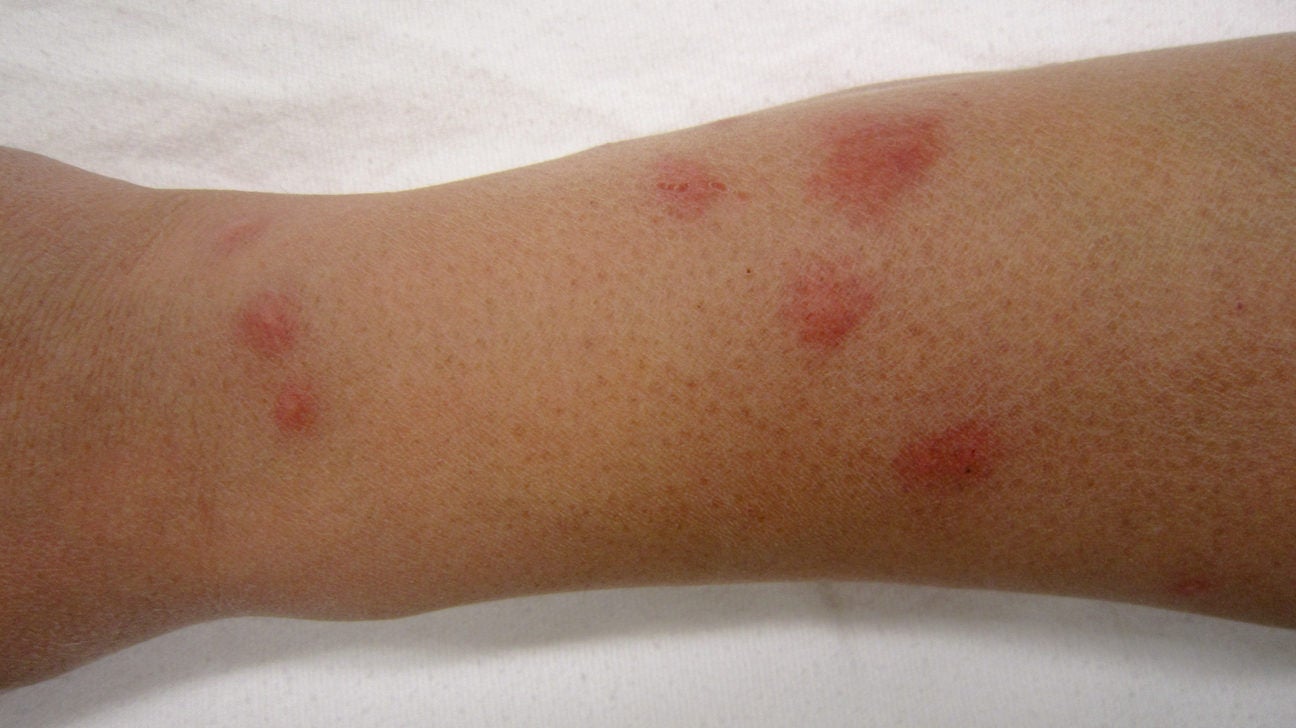 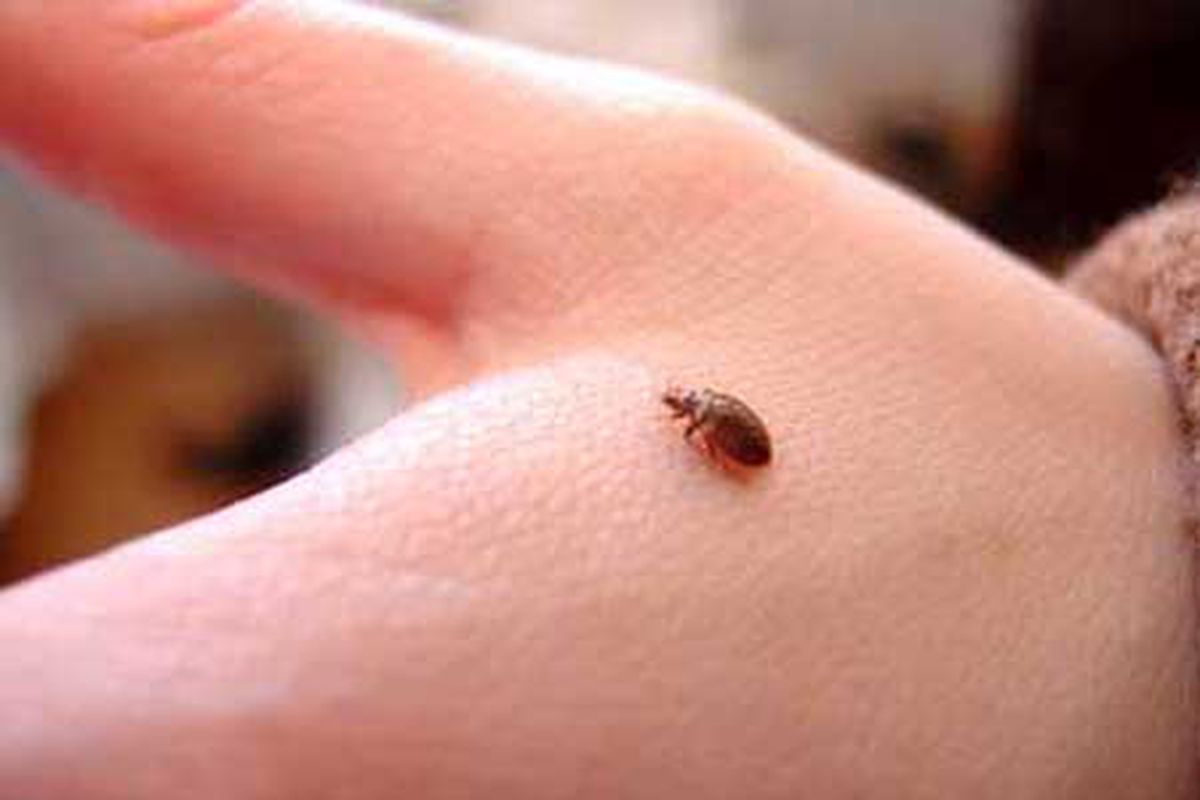 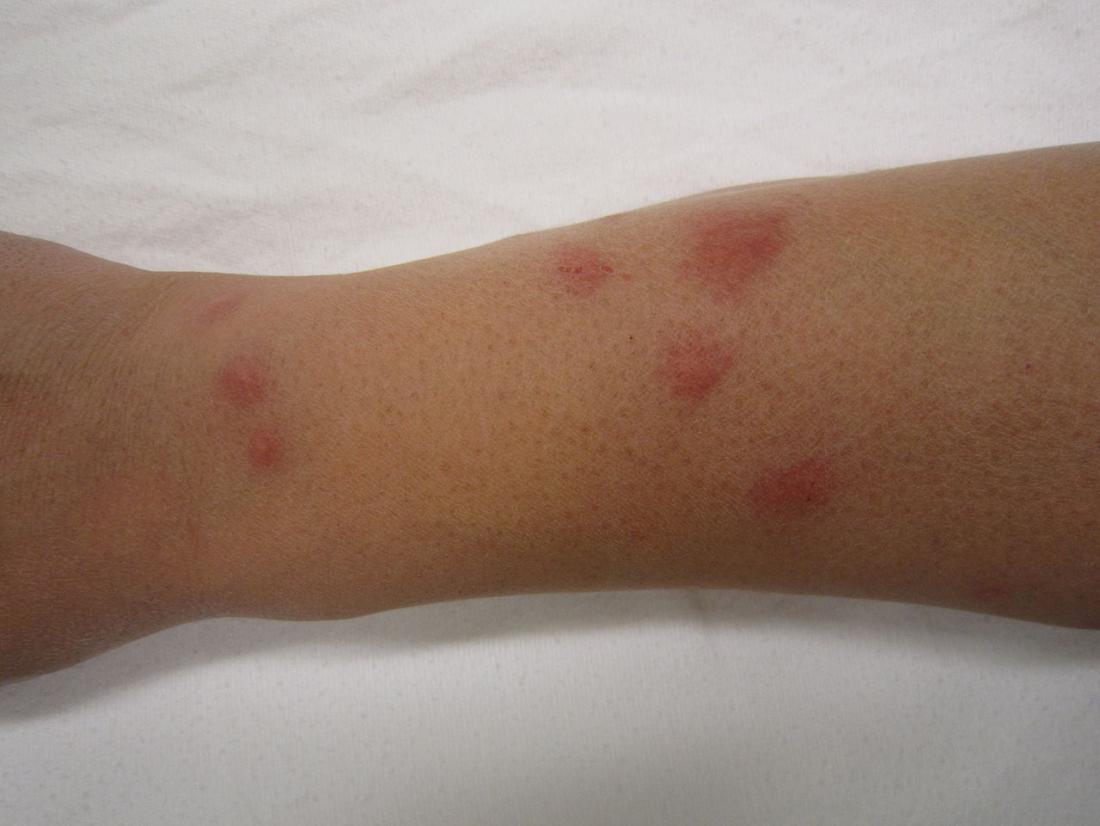 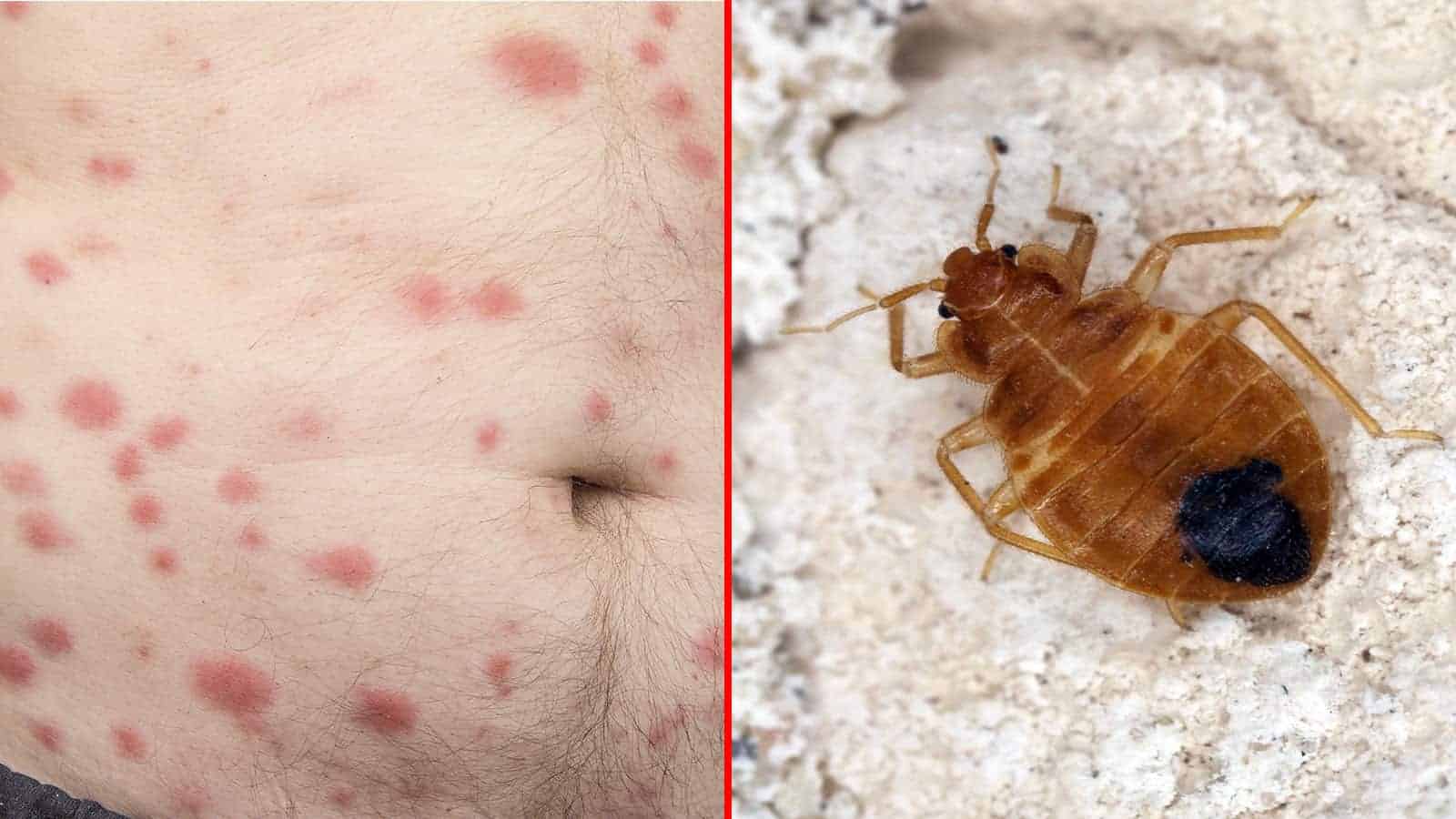 Are  Bed Bugs Resistant to Pesticides? 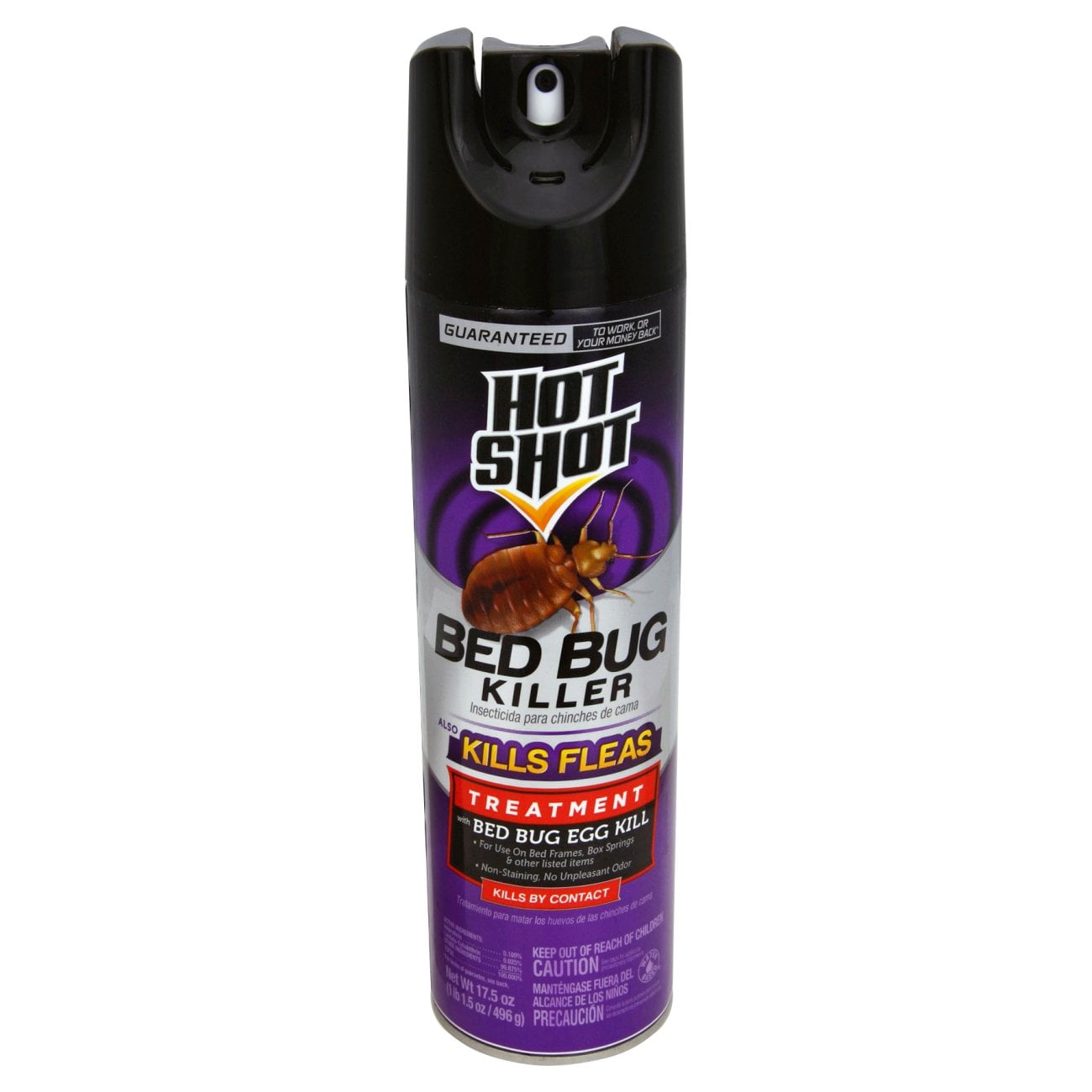 Following the large-scale use of synthetic insecticides in the previous century the bedbug was very nearly eradicated in many areas, yet it is back stronger than ever. Their spread has been greatly aided by an increased resistance to insecticides and globalization. As more people travel to more destinations, bed bugs hitch a ride on their luggage, clothing or other accessories to continue spreading.

Their size and flattened shape make bed bugs expert stowaways. After feeding they will seek refuge in any suitable nook or cranny to hide in, they can even hide in the seams of a large bag or jacket. From there they invade the traveler’s home, and start spreading fast.

Bed Bugs will even jump ship on the public transport serving airports, train stations, and docks. Bed Bugs are spreading like never before and as urban populations continue to rise, as a result the population of these pests will follow suit and ride proportionally. 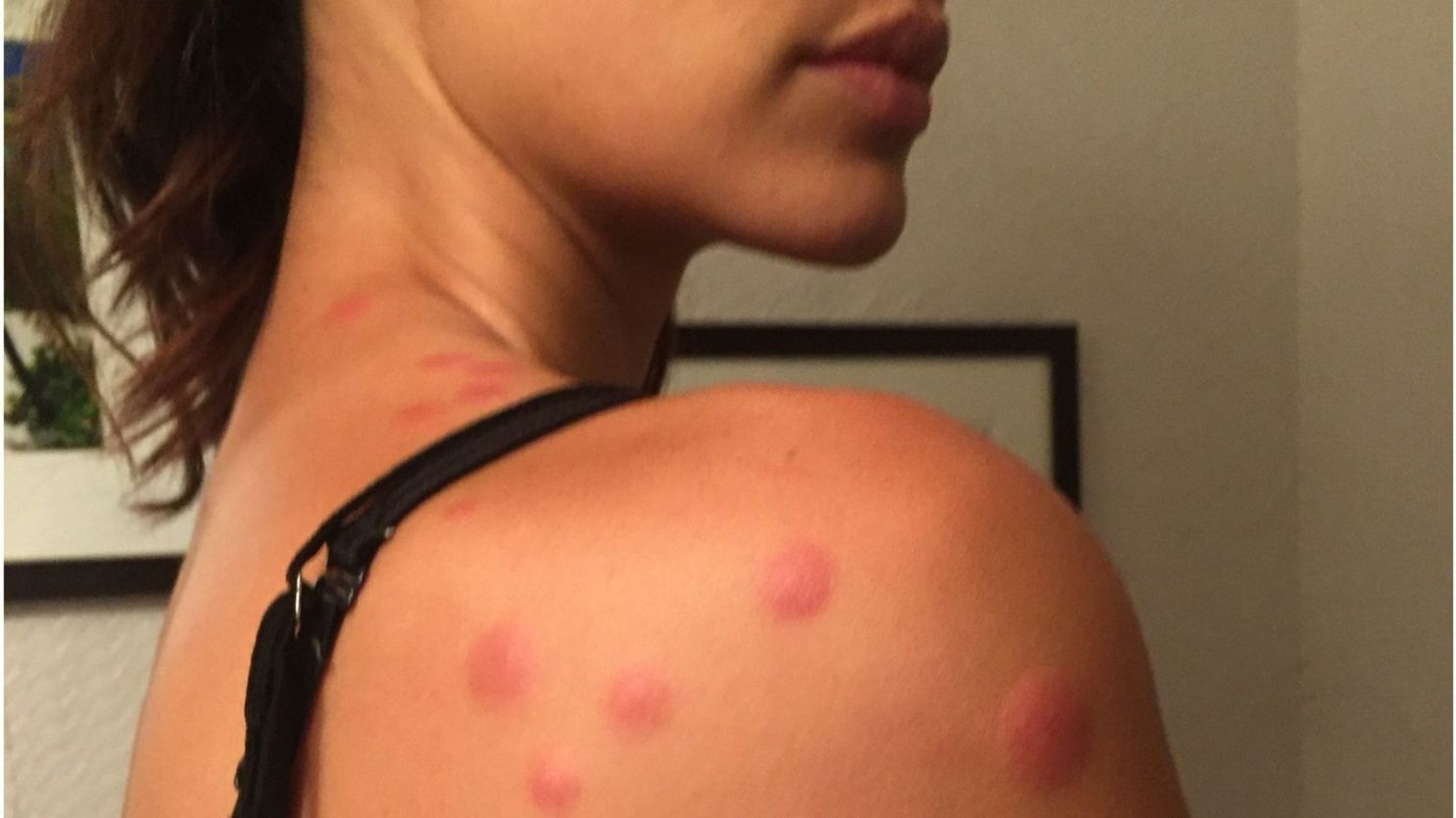 The bedbug does not belong in the same class as insects as the mosquito when it comes to being a public health simply because it doesn’t transmit any disease-causing organisms. 27 species of pathogens survive for varying lengths of time in bedbugs, but there is little evidence to suggest they ever act as vectors(disease causing insects).

The problem encountered with bedbugs has more to do with the annoyance. 90 percent of people bitten by these insects develop some form of reaction to their bites, resulting in localized inflammation and itchiness.

Closely spaced bites focused on one particular area like the thighs or back are common, as when a bed bug is feeding, if it is disturbed, it will move off a little way and try to continue feeding.

Bed Bug Bites are a cause of intense irritation, and they can also become infected. This poses the risk of serious disease in areas with poor hygiene. In cases of heavy infestations, victims receive many hundreds of bites while they rest. This adds up to quite a significant amount of blood loss, which adds up even more over many weeks or months as the infestation grows. The longer an infestation is left untreated the number of bed bugs feeding grows exponentially.

How to Control Bed Bugs? 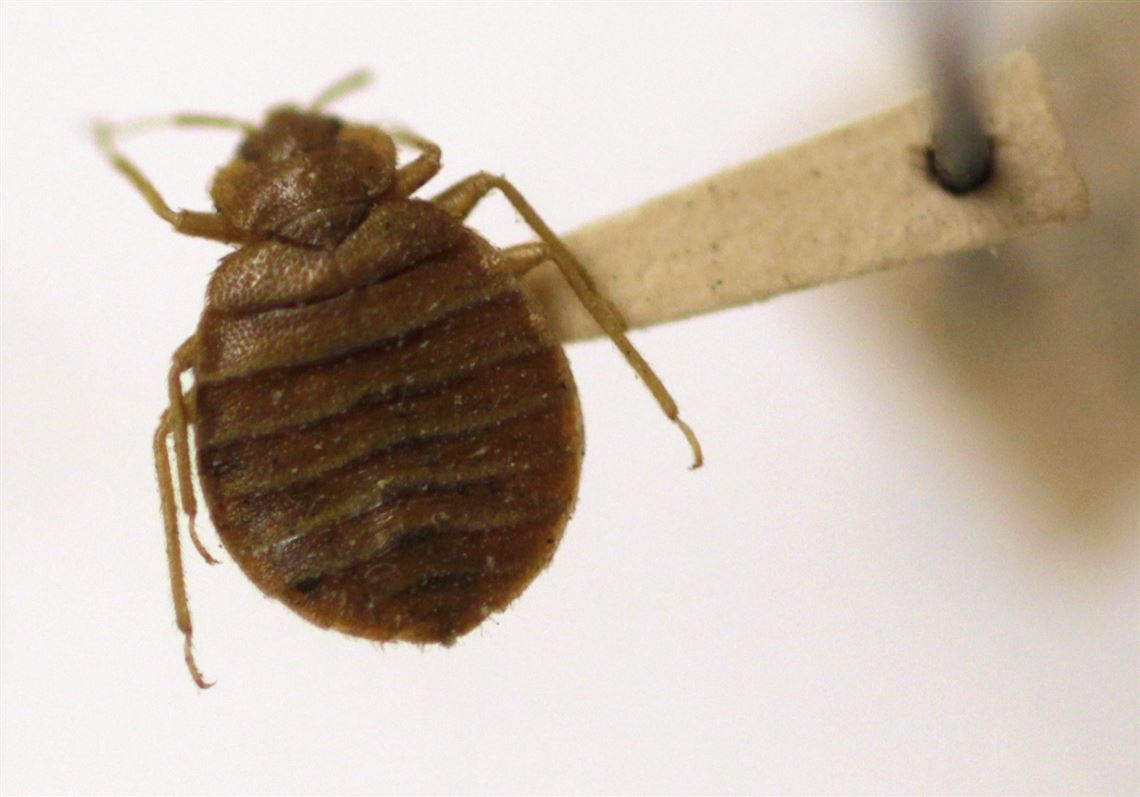 Controlling Bed Bugs is not as difficult as it may first seem. All that is required is persistence. After feeding, bedbugs will retire to any suitable crevice on the property. Their hiding place could be the tiny gaps in a bed frame, the gaps and holes in and around electrical and phone points, or inside  a picture frame.

Bed bugs betray their presence by small dark spots of feces around these hideaways.

When an infestation is confirmed the affected rooms should be thoroughly cleaned and specialized eco friendly chemicals designed to eliminate bed bugs are applied by our certified professionals over a period of weeks to kill the active bugs and any new bed bugs that may hatch from the eggs.

When there are no bites or evidence of feeding activity in the month following the multi-visit treatment, the bed bug infestation has been eradicated.

Have a very specific question?.

book a FREE zero-obligation consultation with a pest management expert

GET IN TOUCH WITH US

You have a very specific pest question? Let us give you a pro answer.

Just fill in the Fields Below.