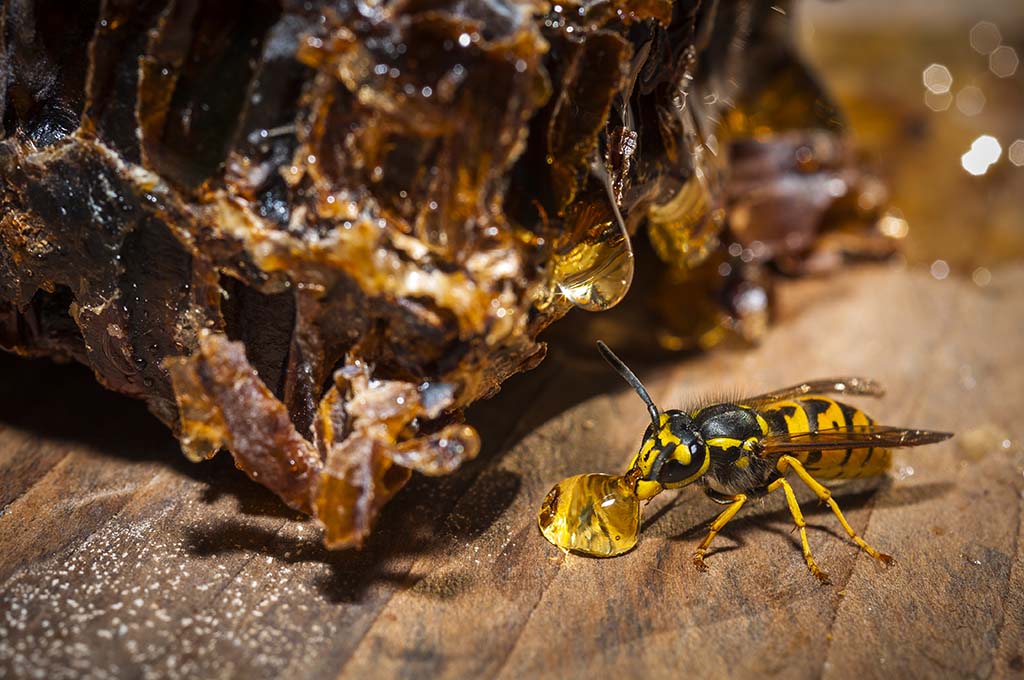 However, Wasps play a crucial part in balancing our ecosystem. Without their efforts, nothing could continue the way it does now. Lets make an effort to understand what they do:

No Need To Call The Exterminator

They are nature’s exterminators. Wasps hunt many kinds of bugs, thus keeping the ecosystem safe. They bring their hunt to their children, who actually devour the bugs. In some species, the children give a sweet reward to their feeders.

They Are Non-Friendly Coworkers For Bees

Ever had a non-friendly co-worker? Someone who would bother you just for fun? Well, that’s what wasps are for bees. Bees are nature’s most effective pollinator; however, wasps pollinate as well. Wasps are not very effective at pollination. Bees choose specific flowers to start pollination, but wasps can use many more kinds of flowers.

And There’s Much More

Wasps do a lot for the world. We may or may never truly respect what they do for us.

The reality is that humans hate Wasps; we call them names, nature’s bully, buzzy ouchies, and many more. Even if we hear a rumour of a wasp, we search desperately for a “Wasp exterminator near me.”

Nature never wanted Wasps to look like a bully. It is the unstoppable expansion of the human civilization that has forced Wasps to become a menace. So don’t search for “Wasp nest removal near me” if you see a wasp, especially if you see it in early March. It is probably just heading away and is not a threat for you or anyone else. However, if you see these three signs, it is perhaps a good time to search for “Wasp nest removal near me.”

Take a look below:

Wasps make nests in Mid-June; if you see a wasp in February or at the start of March, it is just moving away from your house. By the time the exterminator will arrive, the wasp will leave your home.

However, if you see regularly see a wasp or two in your house, and it is mid-June, in that case, you should call the Wasp exterminator from City Pest. Only City Pest guarantees 100% Wasp nest removal.

A wasp nest is usually made out of wood. This wood could come from external sources, or is it possible that it could come from your house. If the wasps chose to make their nests out of the wood from your home, they would leave many places damaged. They could victimize your favourite chair; thus, it would break if you sat on it. But wasps might not be in your house. However, if you know that an unwanted guest caused the damage, then it is time to call the Wasp exterminator from City Pest. Only City Pest guarantees 100% Wasp nest removal toronto.

If you’re sure there are wasps in your house, and you have called the Wasp exterminator from City Pest, you can now try and find the Wasp nest. Wasps build their nest in cold and damp parts of your home. For example, they can create a nest inside your couch. Wasps just need a place similar to your attic.

Don’t be brave in finding the Wasp nest; if you get too close and terrify the wasps, they might attack. There can be over 700 wasps in a nest. If you or anyone in your house has an allergy to wasp venom, it is best to wait for the Wasp exterminator.

Let The Professionals Handle It

If your house has a wasp infestation, it must have a nest. If you have found the nest or are sure about the infestation, you should not wait to call the wasp exterminator from City Pest. Only CityPest provides the best wasp control Toronto. With CityPest, you don’t have to worry about damaging your belongings.