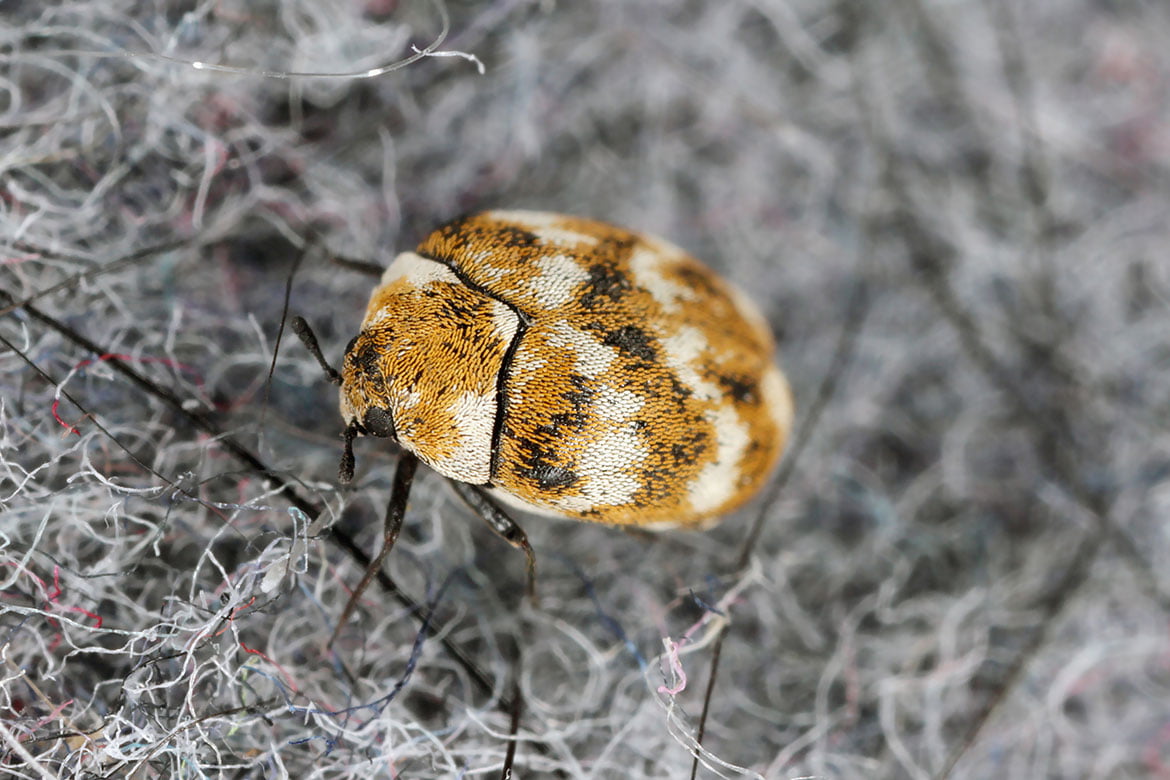 We know different types of pests that can affect our pets, bedding, and other belongings at home. A pest is an insect or small animal that spreads disease and causes destruction. Household pests commonly include spiders, ants, cockroaches, mice, mosquitos, carpet beetles, and bed bugs. Pest control is the most common issue faced by most people when it comes to the safety of the house, and it can be very dangerous if one does not have adequate knowledge.

Pest control services can be hired for proper elimination; however, much of the destruction can be prevented with the necessary knowledge. There are several pests which can target your property. These include raccoons, squirrels, skunks, spiders and cockroaches. Before we avoid them, we should know how many pests can affect you and your sweet home.

House beetles are some of the most diverse animals in the world and are more than annoying bugs scurrying around your house. Beetles in the house can be destructive pests that can contaminate food, destroy furniture and carpets, and become a real nuisance. Having the proper knowledge to identify them will reduce the risk. Beetles in toronto are a main problem for most people living in the province’s capital.

Carpet beetles are among the most destructive insect invaders and can cause severe damage to your bedding, clothes, carpets and furniture if left unattended. Mating of these insects causes clusters of 50 to 100 eggs that are often laid directly on the carpet or fabric; soon after hatching, young carpet beetles and larvae feed on natural fibres like wool, silk and leather, and animal products, including pet hair.

Biscuit beetles are often mistaken for Furniture beetles because of their physical features. These pests measure no more than four millimetres in size and have a long reddish-brown pill-shaped body with visible grooves or pits running along the length of the wing cases.

These tiny beetles are fussy eaters and will feed rapidly on literally anything but are mainly attracted to areas where dried food is stored. They target store rooms where you have kept flour, pasta, grains and biscuits. Due to their eating habits, people usually name biscuit beetles as bread beetles or drugstore beetles. These insects’ favourite temperate climates usually thrive in dark, warm, undisturbed places around their food source – for example, in the back of your kitchen cabinet or on some old, rarely-used food you’ve forgotten about.

The Deathwatch Beetle is one of several insects commonly called ‘Woodworm’. They can be identified as chocolate brown in colour and can grow up to 8mm in length. These pests emerge from timber during what is known as ‘the emergence period,’ which usually starts in mid-March and ends in June. Deathwatch beetles usually reside in dead wood habitats in buildings and old trees and are most widespread across the UK. The mating process of these insects is very unique. The male insect attracts its mate by bumping its head or jaws against wood, which makes a noise. This noise attracts the females and is similar to a clock ticking.

The main signs of infestation of deathwatch beetles are in wood and are the most likely piece of evidence to suggest an infestation. The larvae produce distinctive small pellets of feces which you can spot around the holes.

Ants Can Be A Risk Similar to Household Beetles

Ants are not likely to be a dangerous pest in your home, but if not taken seriously, these small creatures can cause destruction similar to house beetles. Ant control service is availed to get rid of these ants; people usually search ant removal near me to find a suitable ants removal company if the situation gets worst. These ants can enter the store room or kitchen cabinets where food supplies are kept, and if the quantity of ants increases, then the whole food stock can be wasted. We advise you to search for ant extermination near me to eliminate the ants completely.

Measures You Need To Take To Prevent Infestation

To eliminate these pests, you need to find holes in your carpet, clothes and store room where your beddings are kept. This is the biggest sign of carpet beetles. Many people confuse the insect’s name and think they live within your carpet, but they will feast upon all sorts of fabric, clothing, furs, and bedding. The larvae cause more damage than the adults.

The main signs of infestation of deathwatch beetles are in wood and are the most likely piece of evidence to suggest an infestation. The larvae produce distinctive small pellets of feces which you can spot around the holes.

To prevent biscuit beetles, keep fewer bulk food products in the home. This step can be done easily; you can cut down by only buying what you need and keeping track of groceries. You should keep the food stocks in tightly sealed containers. This will prevent the biscuit beetles from penetrating your food piles.

In this blog, we discussed the three main types of household beetles, their identification and measures to control them. You can search with house beetles in ontario or carpet beetles in toronto to get an exterminator. If these insects have invaded your house, you cannot eliminate them by applying home remedies, then a pest control company near me can be searched to find an effective pest service.