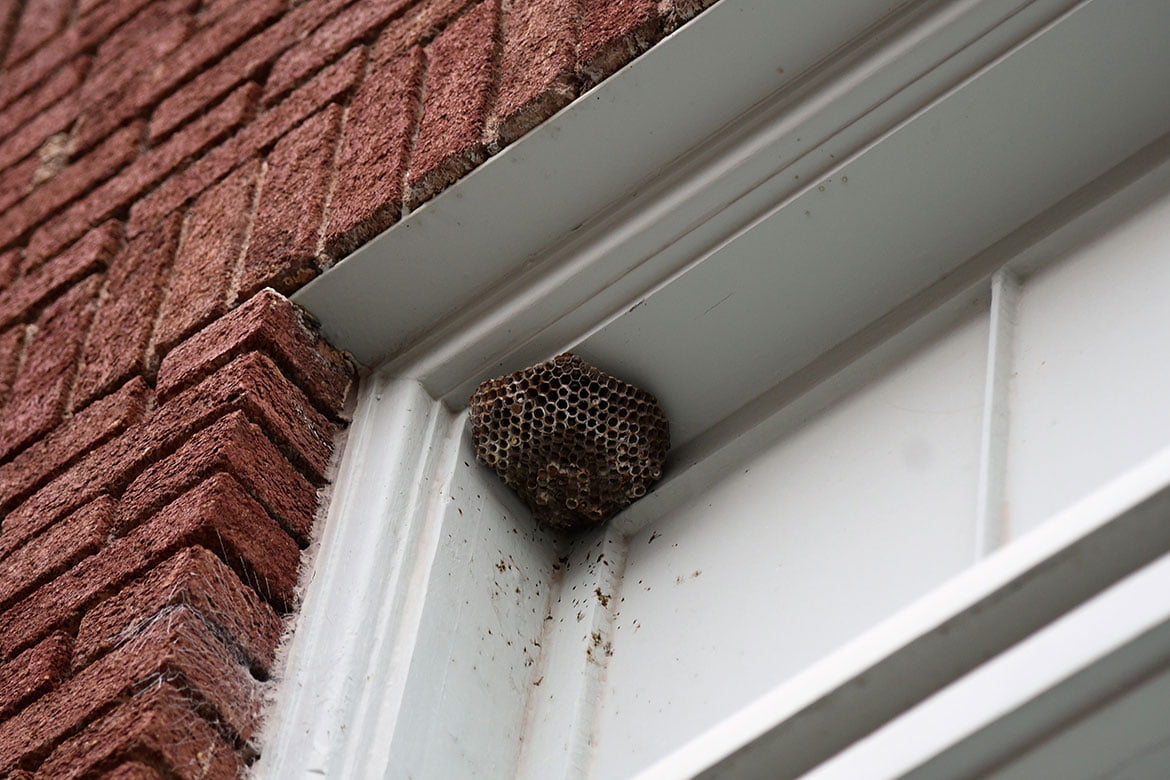 2 Types Of Wasp Nests Inside Your Home

A wasp nest is a medium-sized and sometimes giant nursery where the insect hatches and rears new wasps with the help of other nest members. Wasps make their nests from chewed wood mixed with saliva, making them distinctive papery walls. Wasps usually built their nests in sheltered spots with easy access to the outside. According to the genius book of world records, the largest wasp nest is 12 feet long and 18 feet all around. These nests can get quite large if not prevented early.

You can often find wasp nests in roof spaces, under eaves, bird boxes, garages or sheds. The nest usually looks like an upside-down umbrella. A single stalk supports these nests. A very effective way to allocate a wasp nest is to carefully watch the flight path of the returning worker wasps to your office or garden. Wasp numbers increase in the summer months, so it is much easier to identify them compared to winter. Wasp nests can be easily identified by the following features and characteristics.

You may get confused between yellow jackets and bees, but they are actually highly aggressive wasps. Their name is famous because of the bright yellow and black stripes on their bodies. Yellowjackets are considered the most troublesome wasp pests because they nest in and around homes and other areas of your property. The interesting thing is they are attracted to many of the foods you enjoy eating outdoors.

Yellow jackets build their houses by chewing wood and forming papery nests. This can be problematic when their house is built between two walls, as they may begin to chew through the drywall. Nests are usually gray or brown, typically having only one entrance.

The Paper wasps are no less dangerous as compared to yellow jackets. They have this unique name common name because of the paper-like material out of which they make their nest. They are often confused with the name umbrella wasps because of their distinctive shape. These nests shape is similar to an upside-down umbrella or inverted cone. Paper wasps form small colonies and make paper nests under tree branches and the foreseeing of houses. Paper wasps make nests of a cluster of hexagonal cells from wood fibre mixed with saliva.

Normally Paper wasps build nests in residential areas, so one of the main signs that your home has a paper wasp nest is the physical sighting of the nest itself and nearby wasps moving around it.

How To Remove A Wasp Nest

Now you have identified types of wasps and are curious how to get rid of wasp nest. Taking preventive steps can reduce the risk of wasp infestation, but if the wasp nest has made their castle in your home, then you need to have wasp nest removal steps to eliminate these wasp houses.

An effective way to avoid paper wasp infestation is to make a home less attractive to the stinging insect. Before you plan to clean shrubs or hedges, or pick fruits from the backyard, check the plants carefully for paper wasp nests to avoid contact with these stinging insects. Seal cracks and crannies in the home with a silicone-based caulk or white cement solution. Try to keep doors closed to prevent paper wasps from entering the home.

Keeping food covered in aluminum foil, especially when having outdoor gatherings, this way, insects will remain at a distance when they search for nourishment. Try to avoid wearing strong fragrances when spending time outside. A professional exterminator is usually hired to get rid of wasp nests. Some methods are used to destroy a wasp nest, but it also involves some drawbacks.

You must have thought to use fire to remove a wasp nest, but it is dangerous and is not a successful way to eradicate the wasps. Wasp nests are made from a thin papery material produced by chewing wood into a pulp, which means it is extremely flammable. Because of this, burning a wasp nest can often lead to your property catching fire and you suffering painful burns.

Also Read: Before Calling For Pest Control Services – Know About 4 Types Of Pests

Wasp nests seem small but could end up challenging if not treated properly. A wasp is an aggressive and problematic creature requiring little or no aggravation to attack, so trying to remove a wasp nest can cost you both financially and physically. The best and safest practice has professional pest control services to eliminate wasp nests. Wasp control toronto near me can be searched for having the best pest services in the town.